Perhaps the question isn’t wrong (societally) but scientifically, how old is too old to eat? Yes, because we have been getting this request a lot. People want to know how old is too old to date. Now, this isn’t completely vague as social experiments, as well as experiences, have shown that it is challenging to keep up with age differences, but then we mock up the fact to say – who said there has to be the age difference? But jokes apart, this is a serious issue when anyone thinks about the best age to date seriously. Since now we have stumbled upon ‘seriously’ so let’s dive deep into the discussion and get a simple spot of understanding.

Besides, there are some online calculators to calculate the dating age range but are we now trusting machines then? It is unlikely that any calculator ever will even be getting closer to anything accurate when it comes to the randomness of relationships.

So what are we gonna look through in this article, anyway? Here is to say that we will tell you a personal story and then gather some quotes for discussion from the ‘big books’ written by ‘big people.’ Moreover, we will see deeply through the examples of celebrities who are killing it with a drastic age gap in their marriages. In fact, when we will be around the end, we will offer you a piece of advice that might happen to bring about some positivity in your life. Overall, this is going to be an exciting journey if you are willing to get on board.

How Old Is Too Old to Date? | Best Age to Date Seriously

It was about a few years back when my friend’s dad got a proposal from a lady almost six to seven years older than my friend itself. Now my friend was 25 years of age back then, and so his father must have been around 51. Hence the lady that proposed to the old man was no more than 32 years old. Since both of them at their respective ages naturally- do not feel so young (from the deepest of their hearts). But upon confrontation, his dad told us that he does not feel so okay dating a woman almost his son’s age.

But then something amazing happened. My friend got emotional sitting before the old man one day and told him how badly he misses his late mom, who passed away at a very young age. He also told his father that he knows how alone their lives have turned out after this sad accident. Now do not get all heavy, as the next event to this storyline will charm you up.

The same lady the next day said something amazing, which completely changed all our perspectives on how we were looking at it up until now. She said that even if she tries to think about all that could go wrong with their relationship, she could not. Because she is a believer in love, and where love exists, co-existence becomes easy. Now we understand that this was some sweet little incident that doesn’t happen to everyone, unfortunately. But we have to believe that love is the answer, eventually.

Things tend to get a little more intense here when we try to look at the dating world with the eyes of a woman. When it comes to women, they are more prone to let the curse of age affect them, and it’s not anyone’s fault. There are a number of reasons why this happens and is by far known and accepted.

But acceptance isn’t just what is required because, at times, women tend to believe that age is the ultimate barrier as it comes with a load of everything opposite of what people dream for in relationships. Now we doubt that if that is true, but it is the onward thought, in the minds of women, at least. How would we know? Ask a woman she would rather have a pet or a date on her 50th birthday, and she might answer – “date? Like someone’s gonna be dreamy about me when I’m that old.”

And these thoughts don’t stop just like that in cases where women got lucky with a lovely partner in their peak of teen-adult. They’d stress themselves with questions like- Would he ever ask me to marry him? Would he want to have kids now? My menopause is on the door! What if he left me for someone younger? 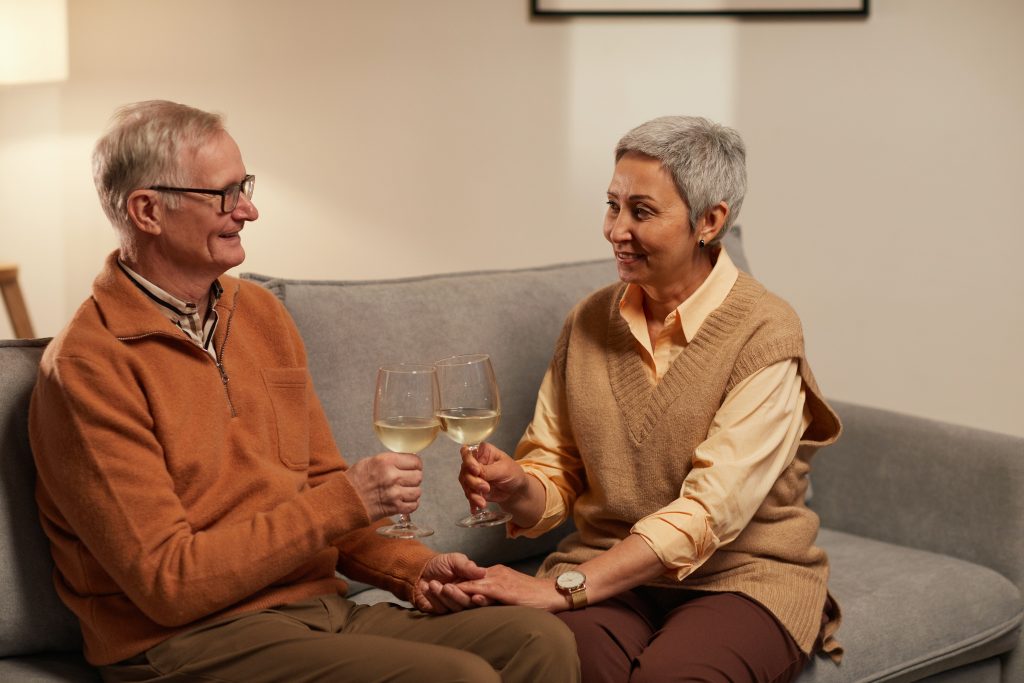 So, we seem to have acknowledged some of the worries which might be sniffing on your wrinkles on a daily basis. Then I want to announce that if you are worried about a younger lady snatching your good ol’ man, there’s a powerful possibility an older one might do so more.

How Much of an Age Gap Is OK? | Female Perspective

It’s not a very common question to go looking for unless you are deeply connected to the thought of the fear related to ruining it all. Not all dates turn into a marriage, and not all marriages end up successful. There’s no formula but quite a bit of rule when it comes to marriage. The answers solely depend upon your intention and expectations of the person. And what is LOVE anyways if not mutual feelings of care, respect, and intimacy for each other intertwined with responsibilities of faith and goodwill. 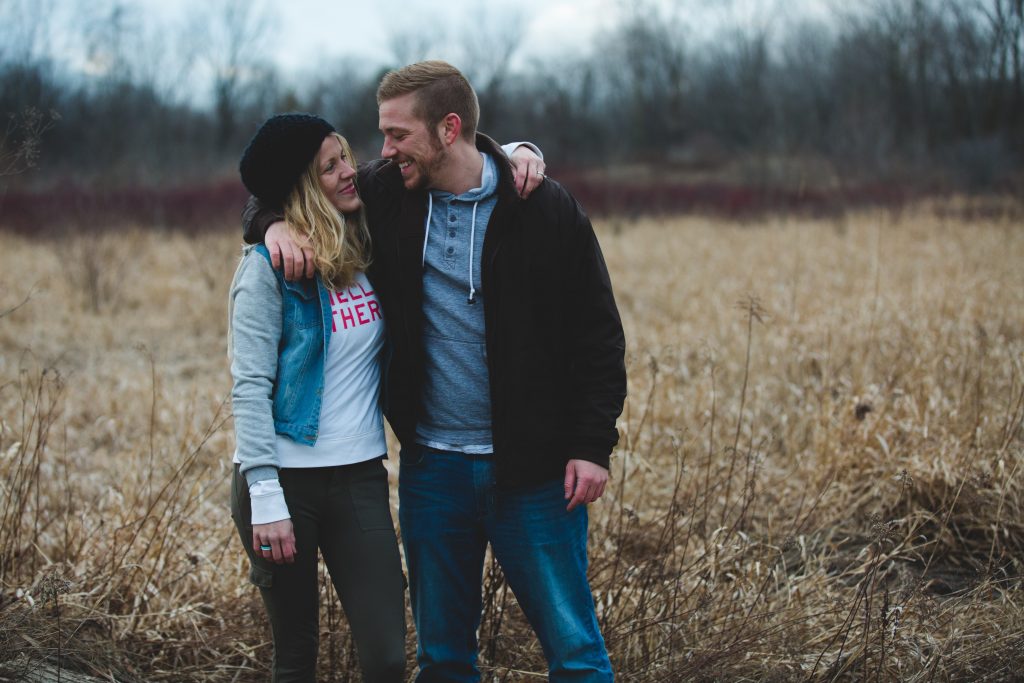 And as put by Isaac Asimov in his book – The sensuous dirty old man – “the fact of the matter is that young men lack skill and experience and are very likely to approach a girl as though she were a sack of wheat. It is the old man- suave, debbonair, maturely charming-who knows exactly what to do and how to do it, and is therefore better at it”. 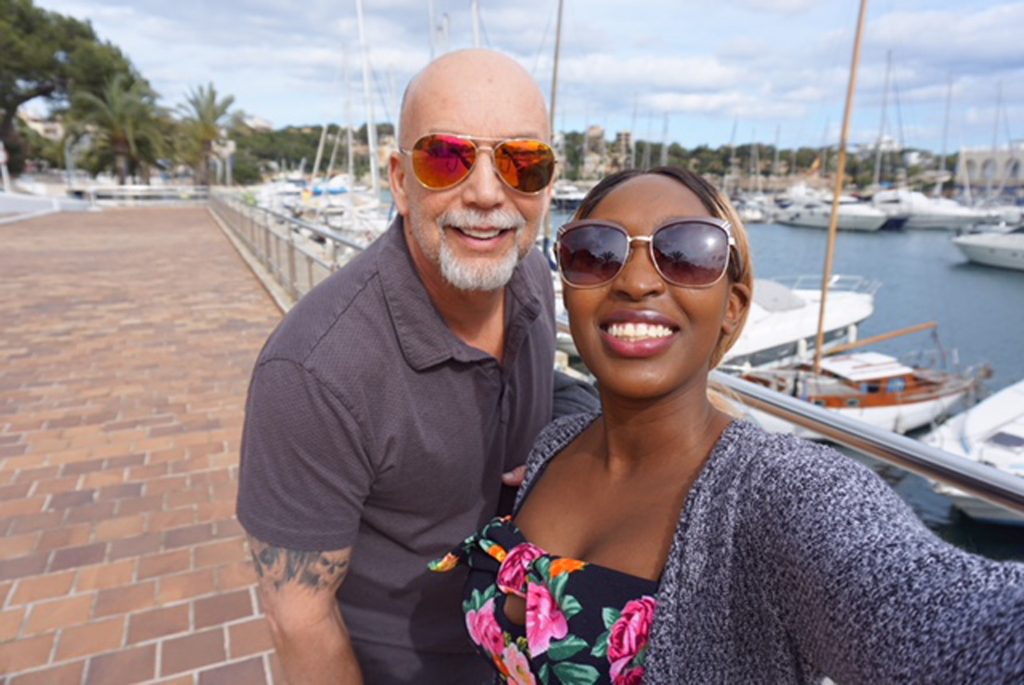 However, to look at the statistics, research has shown that partners in the age gap range of 2 to 7 years tend to make themselves work. Nothing is perfect in this world, and neither is this attempt to affect your inquisitiveness about the subject. But as for women, they prefer their partners- ‘elder.’ Elder but not older, and when we say older, we mean to convey not to be more senior than her father or the eldest brother if she has one.

The age gap is not so much an issue with men, superficially, and this is not something like overlooking an existing and proper problem. This is just a stature and a societal reflection, conversing with the biology, psychology and pattern analysis, combined.’

Celebrity Couples With Huge Age Gap Between Them

The industry is abundant with examples- living and shining, in their marriages or partnerships, with immense, jaw-dropping age differences if to count. 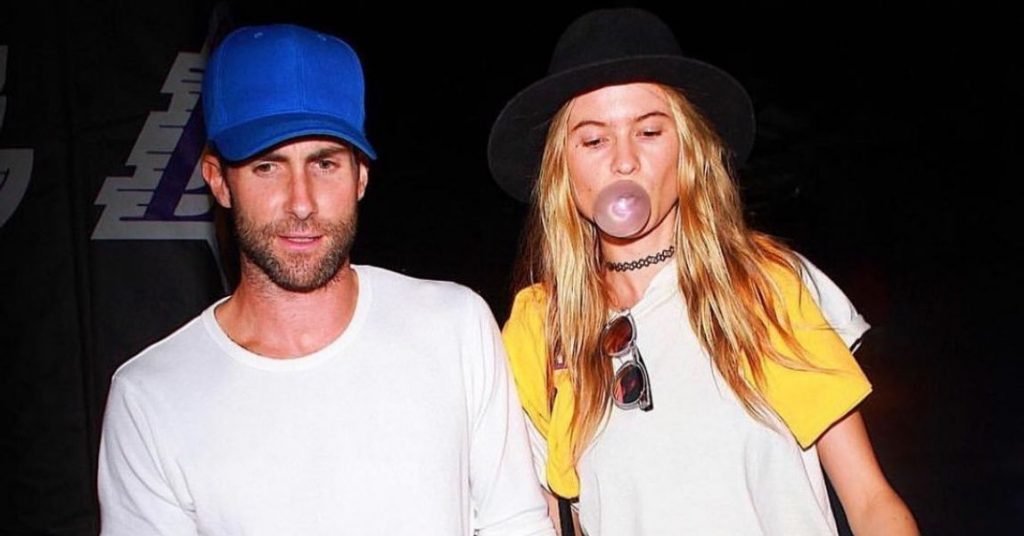 Now we can’t providently define or structure any relationship or partnership. However, categories do exist in this human-made-to-survive world. But this never has been a barrier. At least to those who always ventured out to live their lives, and nothing can stop them from experiencing life with the people of their choices and that too in the way they both find fit. It shouldn’t have to be a marriage or even official if it is in consent and ways are legal. Obviously, any sane mind would not do anything illegal and shouldn’t because, as we said- It’s a human-made-to-survive world.

Now let’s look at some radiant examples in the lime juice or, as some prefer it- the limelight:

Half Your Age Plus Seven | Does Age Matter in a Relationship?

Age doesn’t matter in an adult relationship. Until and unless you both abominate at the sight of each other, it is all good and red. Now what’s inappropriate and illegal would be to consider these awkward rules of ‘half your age plus seven’. Let’s see with an example how gross and abrupt this is to say that half your age plus seven is acceptable to value. 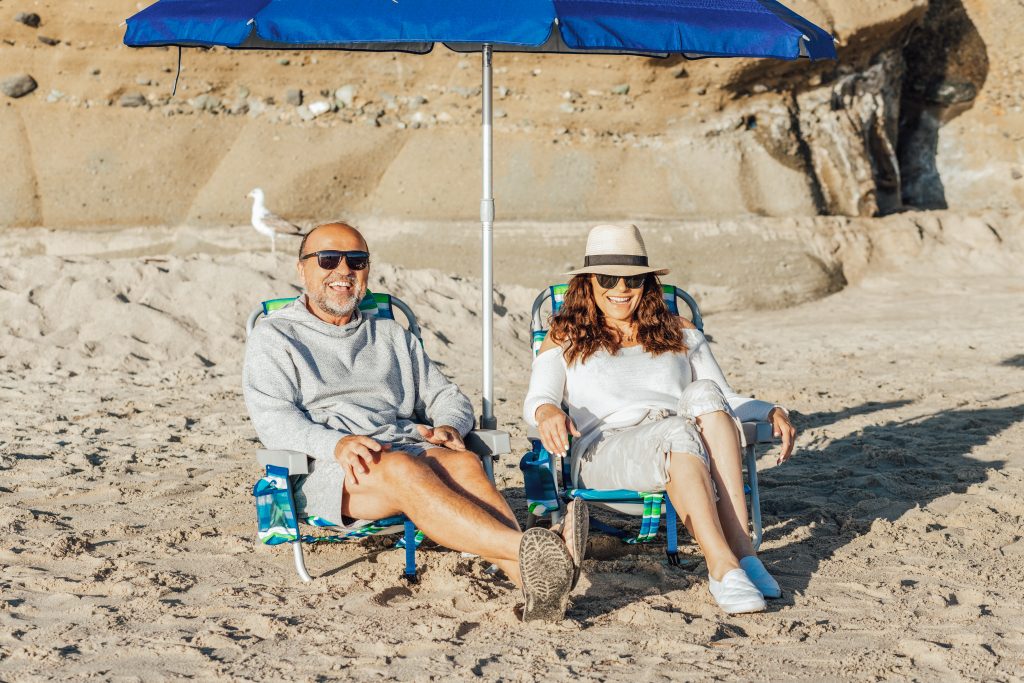 If a lady is 20 years old and says she loves a seventeen-year-old,  their love isn’t appropriate because the boy isn’t legally an adult. This would mean that never in their life again would she ever be able to become [partners because they would never fall under half the age plus seven rule because of their three years age difference. If you want to take a deeper look into the abnormality of this rule which says half your age plus seven, you might want to head towards the Urban dictionary to know exactly in how many ways it is perceived plus how broken it is, in many ways.

Is Dating After 60 Hard?

Let’s recall what Julius Barnes wrote in The Sense of an Ending – “When we’re youthful, everyone over the years of thirty seems middle-aged, and all over fifty artifacts. And today, as it goes by, validates that we weren’t that wrong. Those few age differentials, so compelling and so gross when we are tender, erode. We settle up all pertaining to the identical classification, that of the old. I’ve nevermore greatly objected to this myself. 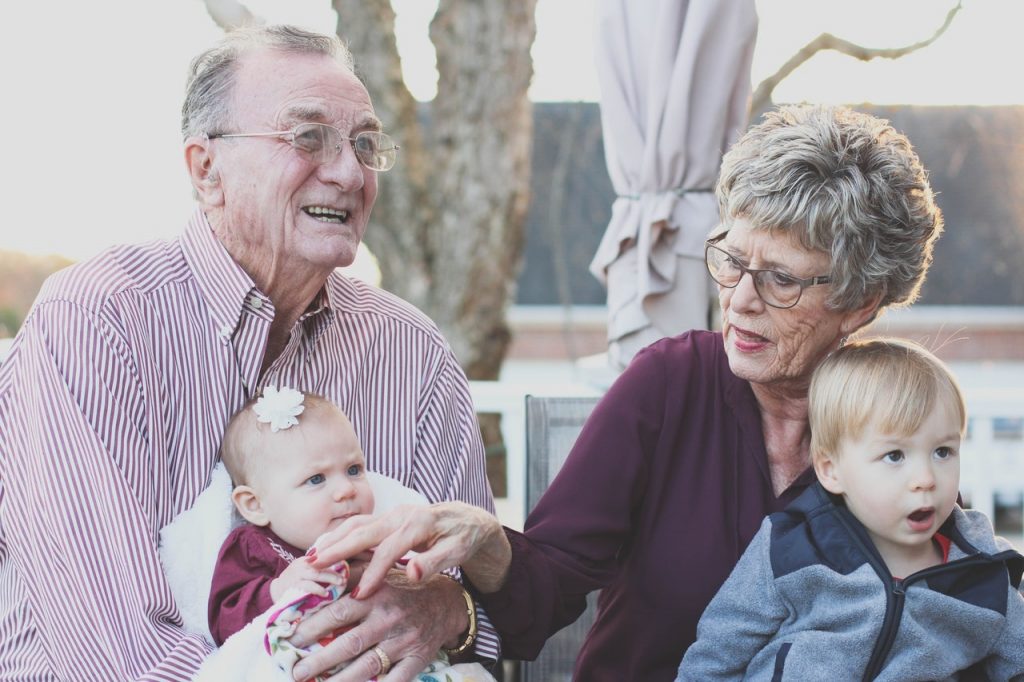 But there are exclusions to the edict. For some people, the time differences placed at a young age never really leave: the elder stays the elder, alike when both are dribbling greyish tints on their beards. For some souls, a chasm of, say, six months intends that one will perversely always reason for himself – herself – as smarter, wiser, and more aware than the other, whatever the testimony to the opposite. Or maybe I should tell because of the proof to the contrary. Since it is flawlessly transparent to any sensible onlooker that the equilibrium has shifted to the marginally more junior character, the opposite one sustains the usurpation of superiority all the more rigorously. All the more neurotically.”

So, do you think dating after sixty is hard (still)?

So to speak, we cannot blindly ignore the fact that the age gap is an influential construct pertaining to the lifestyles and indictments of individuals involved. As it goes about, the examples of celebrities who are making it work with age gap differences of more than a couple dozen years are just some standards which got the fashionableness, sincerely. In spite, it exists all around us out of the magazines. So obviously, this isn’t a line on a stone that dating after sixty is problematic. Obviously, the sex wouldn’t be that good, but there is improving medical science and cosmetic procedures to overcome that. Think of all the peace, fun, discussions, and maturity of life this will bring if you choose to date healthily in your sixties or nineties. 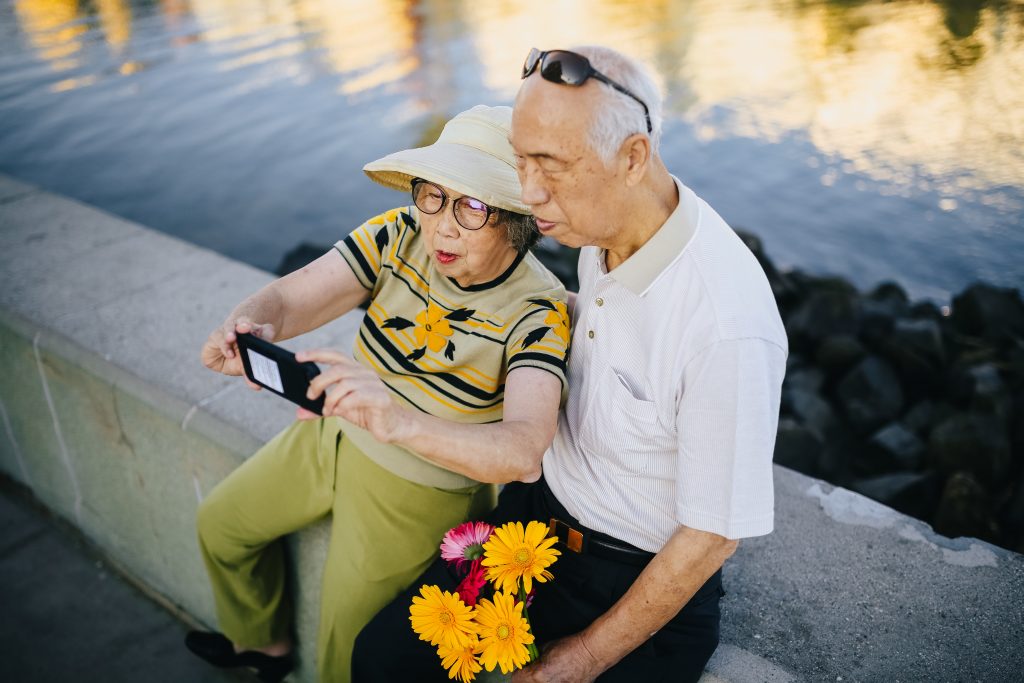 The only risk involved is – the man will be noted as creepy, and the girl would be lame even in her baby boomers. The children involved, if any, might feel a bit out of place, so they might or might not understand. It’s not anyone’s fault, and at the same time, it shouldn’t be anyone else’s business of how two people, in mutual consent, agree on how to live together, regardless of their age.

If you are in your post-teens and still reading this- we want to congratulate you that you are thinking about your life. Socializing is the essence, and relationships are the virtue, so never let anyone tell you- it’s not the right age to date someone.

As we always say- Love is the answer and what else is ‘love’ if not some mutual determination of affair, admiration, and adoration. There are all types of people looking for all types of people in this big-big world. Do you see? We hope you do, but if you still feel stuck or want to reach out to us, do not feel shy to use the comment section below.